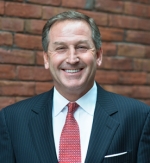 Specialties of The Law Offices of Michael T. van der Veen:
Accident Lawyers: The word accident is not a technical legal term with a clearly defined meaning. Speaking generally, but with reference to legal liabilities, an accident means any unintended and unexpected occurrence which produces hurt or loss. But it is often used to denote any unintended and unexpected loss or hurt apart from its cause; and if the cause is not known the loss or hurt itself would certainly be called an accident. The word accident is also often used to denote both the cause and the effect, no attempt being made to discriminate between them.
Criminal Defense Lawyers: A criminal defense lawyer, is a lawyer (mostly barristers) specializing in the defense of individuals and companies charged with criminal activity. Some criminal defense lawyers are privately retained, while others are employed by the various jurisdictions with criminal courts for appointment to represent indigent persons; the latter are generally called public defenders. The terminology is imprecise because each jurisdiction may have different practices with various levels of input from state and federal law or consent decrees. Some jurisdictions use a rotating system of appointments with judges appointing a private practice attorney or firm for each case.
Discrimination & Civil Rights Lawyers: In order for discrimination to trigger the protection of federal law it must be directed against an individual on account of their skin color, race, gender, national origin, disability, age, sexual orientation, religion, or a limited number of other categories. Laws prohibiting discrimination based on race are strongest and have been on the books for the longest period of time. Other categories have been introduced more recently and may be expansive or restrictive depending on the category and context. A combination of legislation and Supreme Court interpretation of existing laws have led to an expansion of civil rights to include groups that were not previously protected. Transgender and homosexual victims were not, at one time, protected by anti-discrimination laws. In addition to extending protection to these individuals; legislative changes now also protect those perceived to belong to one of the enumerated groups by their persecutor. For example, if someone was denied a promotion at their job because they are believed to be homosexual they would now have an actionable claim of discrimination against their employer, even if they are actually heterosexual.
Personal Injury Lawyers: A personal injury lawyer is a lawyer who provides legal representation to those who claim to have been injured, physically or psychologically, as a result of the negligence or wrongdoing of another person, company, government agency, or other entity. Personal injury lawyers tend to practice primarily the area of law known as tort law. Even though personal injury lawyers are trained and licensed to practice virtually any field of law, they generally only handle cases that fall under tort law including work injuries, automobile and other accidents, defective products, medical mistakes, and slip and fall accidents.